What is delayed cord clamping? 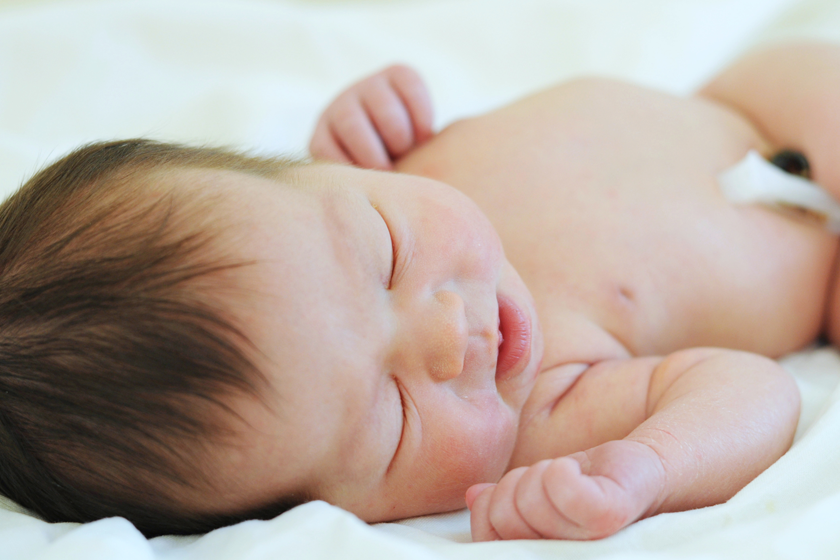 From about the 1930s to the 1960s, “delayed cord clamping” was the standard of care throughout the U.S. Several minutes naturally passed between the time a baby was born and the clamping and cutting of the umbilical cord. Over time, health care providers began to believe waiting was unnecessary, or at the very least, inconvenient. By not waiting, doctors were able to hand babies over earlier for a newborn evaluation.

Now, health care providers are realizing that “later” may actually be better than “earlier” when it comes to cord clamping. Research shows that the practice of early or immediate cord clamping can “lower the infant’s blood volume by as much as 30 percent” and the “red cell volume by as much as 50 percent.” After all, before birth, “approximately one-third of the fetal-placenta blood volume is in the placenta” of a full-term infant.

Simply put, the baby does not have all of his blood in his body at the moment of birth. By delaying clamping until after the cord stops pulsing (about 2­–3 minutes), the baby will receive more blood (about 20–35 mL/kg) than he would with immediate cord clamping. He will also continue to receive oxygen-rich blood from the placenta during this time.

The benefits of delayed cord clamping for all babies include:

These benefits have proven to be statistically significant for all babies—those born preterm and term, as well as those born vaginally or by cesarean section.

Some health care providers have expressed concern about delayed cord clamping due to perceived risks of polycythemia (disproportionately high volume of red blood cells), jaundice requiring phototherapy, and postpartum hemorrhage. However, studies do not show that timing of cord clamping affects these conditions.

The best-case scenario for timing of cord clamping seems to be when the cord stops pulsing, after about 2–3 minutes. Clamping at or after 180 seconds (3 minutes), compared to at or before 60 seconds, has been shown to reduce children's risk of anemia at 8 and 12 months of age. However, even the ACOG-recommended delay of 30–60 seconds is beneficial, and an improvement over the prompt clamping that has been standard care in the U.S. for the past several decades.