Breastfeeding? Here's how to choose the right birth control 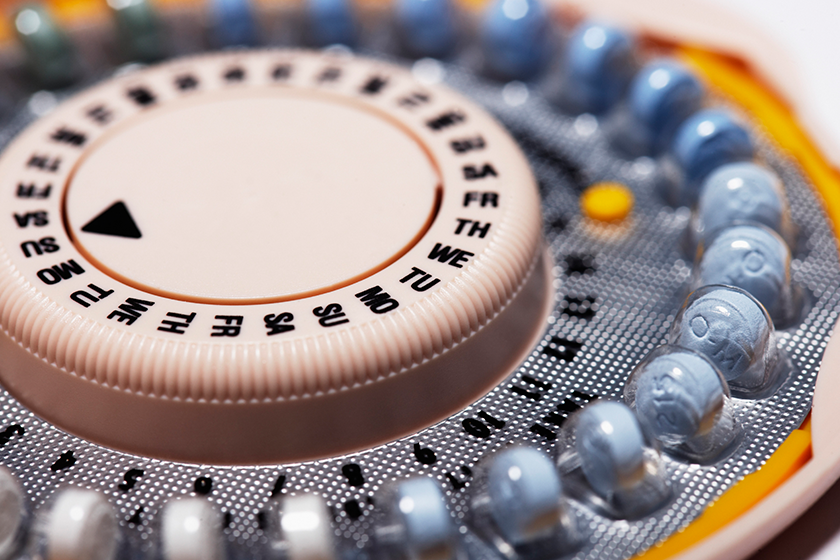 Birth control pills and female sterilization are the leading methods of birth control in the United States, according to the most recent survey by the National Center for Health Statistics—an estimated 9.7 million women ages 15 to 44 used the pill and another 9.4 million were sterilized. By comparison, 5.8 million women relied on use of the male condom for pregnancy prevention, and 4.4 million used a long-acting reversible contraceptive (LARC). Despite these figures, nearly half of all pregnancies in the U.S. are unintended, which suggests a lack of consistent birth control use and highlights the need for greater use of long-acting reversible contraceptives including IUDs, implants, and shots.

Further highlighting the need for effective birth control is the fact that the best maternal and infant outcomes occur when there is at least 18 months between pregnancies. As a result, breastfeeding mothers everywhere are challenged to find a method of birth control that is most likely to prevent pregnancy and least likely to affect their milk supply. Although hormonal methods such as combined oral contraceptive pills, patches, and rings (products containing both estrogen and progesterone) are commonly used in the U.S., their early use by breastfeeding mothers was long discouraged. But since 2011, the Centers for Disease Control and Prevention (CDC) has acknowledged birth control, including hormonal methods, may be used by breastfeeding women. The most recent recommendations were released in 2016.

The CDC report was based on a similar report by the World Health Organization (WHO)—Medical Eligibility Criteria for Contraceptive Use (MEC)—first published in 1996 and now in its 5th edition. With the help of a group of experts, the WHO document was adapted by the CDC for use in the U.S.

However, some of the recommendations have been controversial among health care professionals who work with breastfeeding mothers and babies—specifically those related to the use of hormonal methods (contraceptives containing estrogen or progesterone) by breastfeeding mothers in the first days after birth.

What are the current CDC recommendations?

The newest CDC guidelines recommend all mothers avoid COC for 21 days postpartum, regardless of breastfeeding status, due to increased risk of venous thromboembolism (VTE; blood clots in the veins). From 21 to 42 days postpartum, women who have additional risk factors for VTE (cesarean delivery, previous VTE, preeclampsia, transfusion at delivery, BMI of or more than 30, smoking, or 35 years or older) should continue to avoid COC.

Given that the risks associated with early use of COC usually outweigh the advantages, breastfeeding mothers should be counseled to wait at least 21 and as much as 42 days before initiating COC use, at which time the advantages generally outweigh the risks. The guidelines do allow for the immediate use of hormonal contraceptives containing only progesterone (progestin-only pill, depot medroxyprogesterone acetate injections (DepoProvera), and implants), stating that the advantages of immediate use generally outweigh the theoretical or proven risks. According to the CDC, insertion of IUDs (levonorgestrel-releasing or copper-bearing) after childbirth do not pose a higher risk of complications, although rates of expulsion may be higher for those inserted within 28 days after birth, leading the CDC to advise that health care providers consider whether the woman will have access to placement of the IUD at a later date, when risk of expulsion is lower. The diaphragm and cervical cap are options from six months on, while condoms may be used at any time.

Dr. Calnen, former president of the Academy of Breastfeeding Medicine, and other experts worry that early use of hormonal methods will reduce milk production and have a negative effect on breastfeeding rates—both exclusivity and duration—and thereby negatively affect the long-term health of both mothers and babies. Those who support the CDC’s guidelines argue that early access to hormonal methods of birth control will prevent a greater number of unintended pregnancies.

Dr. Robert Hatcher, professor of obstetrics and gynecology at Emory University and author of Contraceptive Technology, and Dr. Miriam Labbok, professor of public health at the University of North Carolina, were among the 31 experts brought together by the CDC to review the scientific evidence and the proposed guidelines.

According to Dr. Labbok, “The CDC bases its decisions on published research. Admittedly, there is little research on immediate postpartum use of hormonal contraceptives during lactation because many institutional review boards (IRBs) and researchers feel such research would put lactation at risk.”

“Aside from anecdotal data there is no evidence to support the theory that early use of COC (those containing estrogen and progesterone) causes problems,” says Hatcher. “Use during the first four weeks is a no, but after four weeks, the benefits may exceed the risks.”

“Historically, I did not provide COC to breastfeeding mothers until they were no longer breastfeeding exclusively, recommending a progestin-only method instead,” added Hatcher. “But if a woman, despite my encouragement to use a progestin-only method insists on using a COC—due to cost, availability, or concerns over irregular bleeding—I would accommodate her request.”

With regard to the use of contraceptives containing only progesterone, Hatcher says, “Currently there is no scientific evidence to show that early use of progestin-only contraceptives interferes with milk production—only anecdotal reports. The recommendation could change as more evidence becomes available, but until then, science does not support delaying their use.”

“The problem with the argument for early use of progesterone-only contraceptives,” says Labbok, “is that the science also does not support the safety of early use. There are no good studies on the use of hormonal contraceptives during the first days after birth that show the short- and long-term effects in breastfeeding mothers and babies. DepoProvera is commonly given to breastfeeding mothers before they leave the hospital, with little or no counseling as to the risks. That DepoProvera is most often given to low income, minority women, makes the ethics of this practice all the more concerning.”

“Clients should be counseled as to all available family planning options and the risks and benefits of each,” says Labbok. “Describing a contraceptive method as ‘generally acceptable’ in the absence of new data is in my opinion a leap of faith that good counseling will be a part of each encounter.”

Given the concerns surrounding hormonal methods and the proven effectiveness of intrauterine devices (IUDs) why don’t more women, breastfeeding and non-breastfeeding, opt for IUDs?

According to Hatcher, data coming out of the Choice project, a family planning program at Washington University in St. Louis, show a trend toward greater use of IUDs and other long-acting reversible contraceptives (LARC) including implants and shots (DepoProvera). More than 6,000 women have participated in the program so far. Nearly 70 percent have chosen either an IUD (the progestin-containing Mirena or the copper-containing ParaGard) or an implant (Implanon) compared to less than 5 percent of women nationwide.

How did this program achieve such high rates of LARC use? There are two reasons. First, the researchers recognized that cost is a deterrent to choosing an IUD or implant, so both devices are provided free of charge. Second, as a prerequisite for joining the study, participants must agree to change their current method of birth control. Researchers have found that when women are told the many benefits of LARC—cost-effective, convenient, less bleeding and pain with monthly periods, less risk for anemia, less risk for endometrial cancer, and less blood loss and pain caused by endometriosis and uterine fibroids—many will choose an IUD or implant.

Is breastfeeding the answer to effective birth spacing?

Many would agree that breastfeeding can and should be an integral part of any family planning program. Exclusive breastfeeding is one of the most common strategies for spacing births worldwide, providing protection comparable to that of birth control pills. Commonly referred to as the lactation amenorrhea method (LAM), exclusive or almost exclusive breastfeeding is a highly effective method, albeit a temporary one. Suckling is the key ingredient. The more time a baby spends suckling at the breast, the less risk the mother has of becoming fertile. As the baby’s suckling time goes down due to the use of pacifiers, supplements, solid foods, or long stretches of sleep, the mother’s risk for ovulation (the release of an egg from her ovary) goes up, along with her risk for pregnancy. For LAM to be effective, all three criteria must be met:

According to Labbok, “LAM has been shown to be effective for 9 to 12 months in mothers who have maintained a high frequency of feeds and who breastfeed before each complementary feed.”

While the effectiveness of LAM is well-documented, particularly in the Academy of Breastfeeding Medicine’s “Contraception During Breastfeeding” guidelines (2015), if any of the criteria are not met, another method of contraception should be used.

Regardless of a mother’s infant feeding choice, contraceptive needs vary. Talk with your health care provider about the birth control method that is right for you based on cost, convenience, availability, and effectiveness. Learning all that you can about the benefits and the risks of various options will enable you to make an informed decision based on a clear understanding of the facts.

For more information about contraception see the Academy of Breastfeeding Medicine guidelines.