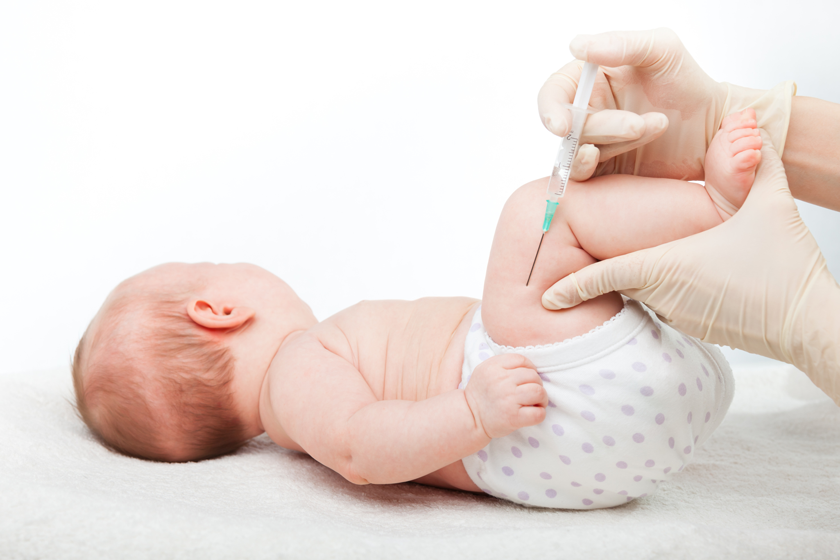 Diseases such as cholera, typhoid fever, and polio were epidemic in the 1800s and 1900s. But they are rarely seen today, thanks to the availability and use of vaccines. Vaccination, the ultimate public health success story, has been viewed as the best form of protection against preventable and possibly deadly diseases.

A fraudulent study published more than twenty years ago suggested a link between autism and the measles-mumps-rubella (MMR) vaccine. Understandably, some parents worried about the safety of vaccines. However, the researcher's claims have been disproven repeatedly, in many studies over the years. The original study has been retracted and declared to be "utterly false" by the journal in which it was published. Still, myths persist, and restoring parents' trust in vaccines has been difficult.

Despite assurances from the Centers for Disease Control and Prevention (CDC), the American Academy of Pediatrics (AAP), and others that vaccines are safe, a growing number of parents have chosen to leave their children unvaccinated or only partially vaccinated. In other cases, parents have decided to space their children’s vaccinations over a longer period of time than recommended.

The fallout of fear

Unfortunately, such decisions result in a higher risk of vaccine-preventable disease not only for unvaccinated and under-vaccinated children but also for others in their communities. For vaccines to be effective, about 80 to 95 percent of the population needs to be immunized, with some variation depending on the disease. (To learn more about “herd immunity,” read this.)

Declining vaccination rates have contributed to outbreaks of measles, mumps, Haemophilus influenzae, and pertussis (whooping cough) in recent years. For example, the U.S. had 1,095 cases of the measles from January to June 2019. This is the greatest number of cases reported in the U.S. since 1992 and since measles was declared eliminated in 2000. Travelers continue to bring measles into the U.S., and it can spread quickly in communities where vaccination isn’t at the 95 percent threshold rate needed to stave off outbreaks.

In 2010, 10 babies died in California in what was said to be the worst pertussis epidemic in 60 years. All of the babies were less than 3 months old, too young to have received the pertussis vaccine themselves. When not enough people in a community are vaccinated, even a fully vaccinated child or adult can become sick with pertussis since no vaccine is 100 percent effective, the CDC states. For pertussis, 92 to 94 percent of a community must be vaccinated to prevent the spread of the disease.

The perspective of health professionals

Because of scientific advances, more vaccines are available today than ever before—a total of 14 different vaccines. Since more than one dose is required for some vaccines, 26 doses are scheduled to be given before age 2, although some are combined in a single shot.

While some parents may be concerned about the number of doses given in the first 2 years, studies show that healthy children—even babies—can handle the amount of vaccine given. Continuous monitoring by the CDC’s Immunization Safety Office further ensures the safety of vaccines. After an exhaustive investigation in 2013, the Institute of Medicine (IOM) found no evidence of major safety concerns associated with adherence to the current childhood immunization schedule. An extensive review published in Pediatrics (2014) concluded that serious adverse events are extremely rare and should be weighed against the protection that vaccines provide.

Parents with questions about vaccinations should talk with their children’s health care providers. Click here to learn more about the benefits of childhood vaccinations—for both children and communities—and here for the most up-to-date vaccination schedule from the CDC. 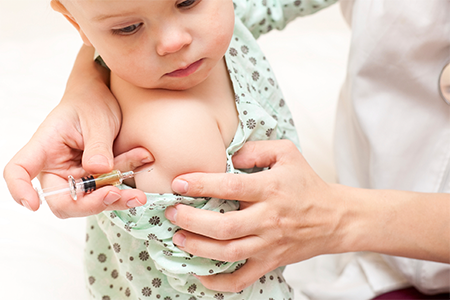 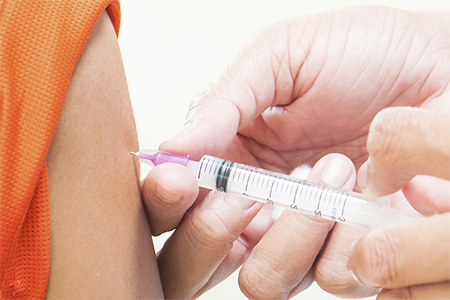 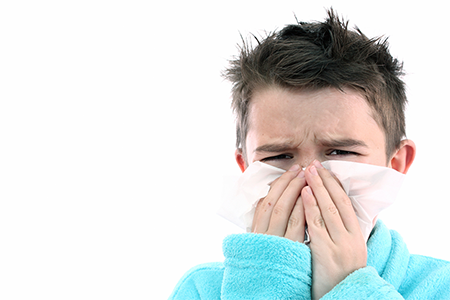