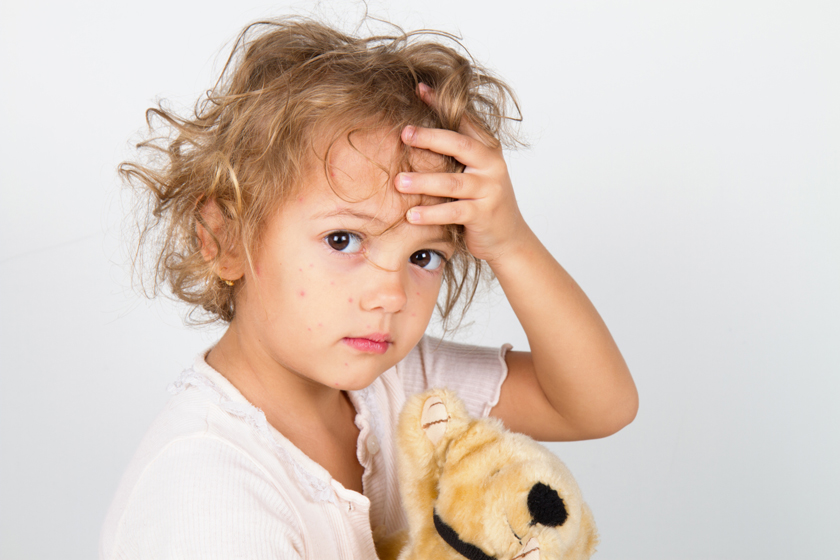 What are Measles, Mumps & Rubella?

The Centers for Disease Control and Prevention (CDC) describes measles as the most deadly of all childhood rash/fever illnesses. In addition to fever and a overall rash, this highly contagious disease causes coughing, runny nose, and eye irritation. Measles can lead to ear infection, pneumonia, seizures, brain damage, and even death.

Mumps is also very contagious and typically begins with a fever, headache, muscle aches, tiredness and loss of appetite followed by swollen glands. It can lead to deafness, meningitis, painful swelling of the testicles or ovaries, and on rare occasions, death.

Known as the German Measles, rubella is a contagious viral disease that causes a rash and fever for two to three days. In pregnant women, it can cause miscarriage or serious birth defects.

Before the measles vaccine became available in 1963, nearly all children were infected with the illness sometime before their 15th birthday. It's estimated that 3 to 4 million people were infected in the United States each year. During this time, about 48,000 people were hospitalized with measles, 1,000 suffered permanent brain damage or deafness, and about 450 died each year. Those numbers dramatically decreased after the introduction of routine measles vaccinations. Noting that measles is highly contagious, the CDC cautions that if immunization rates fall, incident rates of measles will increase quickly.

As many as 300,000 cases of mumps were reported each year in the U.S. before a vaccine was licensed in 1967. Since then, the number of cases has dropped significantly.

Rubella poses little danger to children or most adults since the disease is usually mild. The high-risk group is pregnant women and their unborn children. Rubella infection during pregnancy can cause miscarriage, stillbirth, or birth defects. Up to 90 percent of infants born to mothers infected with rubella during the first trimester of pregnancy will develop congenital rubella syndrome (CRS). CRS results in heart defects, cataracts, mental retardation, and deafness.

Since a rubella vaccine was licensed in 1969, the number of reported rubella cases has declined more than 99 percent - from 57,686 cases in 1969 to 10 cases in 2005, according to the CDC. As with measles and mumps, immunization against rubella will continue to limit infection rates.

The MMR vaccine is generally given as a series of two shots (in the leg or arm).

In 2005, a combination vaccine that provides protection against measles, mumps, rubella, and varicella (chickenpox) was licensed for use among children 12 months to 12 years old. Using this combined MMRV vaccine, rather than using the chickenpox vaccine in conjunction with the MMR vaccines lowers the number of shots your child must receive to be protected from these four diseases.

The CDC Advisory Committee on Immunization Practices (ACIP) recommends that “persons previously vaccinated with two doses of a mumps-containing vaccine who are identified by public health as at increased risk for mumps because of an outbreak should receive a third dose of a mumps-containing vaccine to improve protection against mumps disease and related complications.”

The CDC recommends that children get their first dose of the MMR vaccine between 12–15 months of age and their second dose between 4–6 years of age. Children can, however, receive the second dose at any time, as long as it is at least 28 days after the first dose.

Protect against Measles before international travel

Most cases of measles in the U.S. are linked to travel outside the country where an unvaccinated person comes in contact with an infected person and brings the disease home with them. Worldwide, about 20 million people get measles each year. Before any international travel, the CDC strongly recommends:

Moderate problems that may be experienced by some young children include febrile seizures (1 out of 3,000 doses); and temporary low platelet count, which can cause a bleeding disorder (1 out of 30,000 doses).

Other rare but serious problems associated with the MMR vaccine include deafness, long-term seizures, coma or lowered consciousness, and permanent brain damage.

Parents should immediately alert their child’s health care provider or call 911 if their child experiences an allergic reaction (1 out of 1 million doses). Signs of an allergic reaction include difficulty breathing, wheezing, hives, paleness, or swelling of the face, throat, tongue, lips, eyes or feet. Such side effects would likely occur within a few minutes to a few hours of receiving the vaccination. Parents should also contact their child’s health care provider if the child displays unusual behavior or has a high fever (100° F or higher in newborns up to 6 weeks old, 102° F or higher in children 6 weeks to 2 years old, 103° F or higher in children age 2 or older).

In 1998, Andrew Wakefield was the lead author on a study that falsely claimed to have found a possible link between autism and the MMR vaccine (read more here). As a result, frightened parents chose not to have their children vaccinated. Since then, the study’s conclusions have been refuted, and today, vaccine safety experts at the CDC, the American Academy of Pediatrics, and other leading health organizations agree that the MMR vaccine is not responsible for recent increases in the number of children with autism.