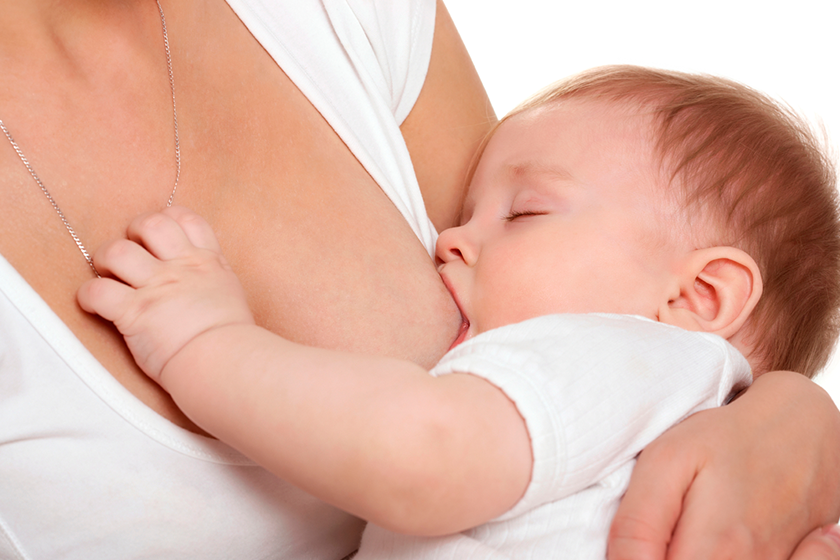 The Substance Abuse and Mental Health Services Administration (SAMHSA) estimates that there are about 11.1 million people in the U.S. with substance use disorders related to prescription opioid pain relievers and an estimated 886,000 addicted to heroin. Methadone has been used for more than 30 years to safely and effectively treat narcotic addiction. Taken orally, once a day, methadone suppresses the symptoms of narcotic withdrawal for between 24–36 hours. Many methadone patients require continuous treatment for months or years—even while pregnant and during breastfeeding. Methadone treatment has been shown to improve pregnancy outcomes, but mothers are right to be concerned about taking any medication while breastfeeding. Will this drug transfer into a mother’s milk? And if so, will it harm her baby?

The American Academy of Pediatrics (AAP) for nearly two decades deemed methadone compatible with breastfeeding, but there was one important caveat—the daily dose had to be less than 20 mg. This proved to be a serious deterrent, given that a typical methadone maintenance dose for drug-dependent women ranges from 25–180 mg per day. It wasn’t until researchers discovered, in 2001, that only small amounts of methadone transfer into human milk, that the AAP eliminated the dose restriction and gave methadone-dependent women—those under the care of a physician and no longer using illicit “street” drugs—the go-ahead to breastfeed.

Seeking to reassure methadone-dependent women and the clinicians who care for them that it is safe for mothers taking methadone to breastfeed, researchers at John Hopkins University in 2008 investigated the effect of methadone on breastfeeding infants. Two groups of women undergoing methadone treatment for drug addiction were included in the study—one group breastfed and the other formula-fed. Throughout the course of a month, researchers measured the methadone concentrations in samples of breast milk and maternal and infant blood. (Urine testing was performed pre- and post birth to confirm that the participants were not using illicit drugs during the study period.) The results revealed low (21–362 ng/mL) concentrations of methadone in breast milk. The concentrations of methadone in maternal blood were similar in both the breastfeeding and formula-feeding groups and were not related to maternal dose. Concentrations of methadone in infant blood were quite low (2.2–8.1 ng/mL) in both groups of infants. Most importantly, there was no difference in neurobehavioral outcomes between the two groups.

A study published in the December 2011 issue of Breastfeeding Medicine provided further evidence that methadone dose need not be a factor in determining whether methadone-dependent women can safely breastfeed. Blood tests revealed that breastfed infants, even those born to mothers taking 200 mg of methadone daily, received a minuscule amount of methadone that was well below the 0.3-0.6 mg dose given every 12 hours to treat neonatal abstinence syndrome (NAS), i.e. withdrawal symptoms in newborns.

Experts agree that methadone-dependent women, those who are under a physician’s care and drug-free, can safely breastfeed. A review of available studies published in July 2016 finds that breastfeeding by methadone-treated mothers and rooming-in can reduce NAS. This finding supports a 2009 study of methadone-exposed newborns in which the likelihood of a baby needing treatment for NAS was reduced by 50 percent in babies who breastfed for more than three days.

Babies born to drug-abusing mothers are more likely to be born premature and to be small for gestational age, so the benefits breastfeeding provides becomes particularly important for this group of infants. This fact alone highlights the need for health care providers to encourage and support breastfeeding in methadone-dependent mothers.